Published by Rob Miles in 2016, Bitshift Variations in C Minor are some 200 characters or 4 lines of mysterious C code, that, when executed, generates a four-voice piece of music. Fascinating! Here is a detailed analysis. (December 2020)

Proposed by Jörn Loviscach in a 1995 article, this simple algorithm produces nice random textures, sometimes with a cubist style appearance. Here is a re-implementation in JavaScript that draws to the HTML5 canvas element. Have fun. (October 2018) 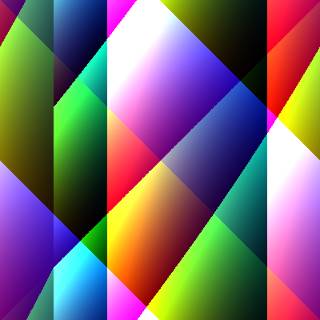 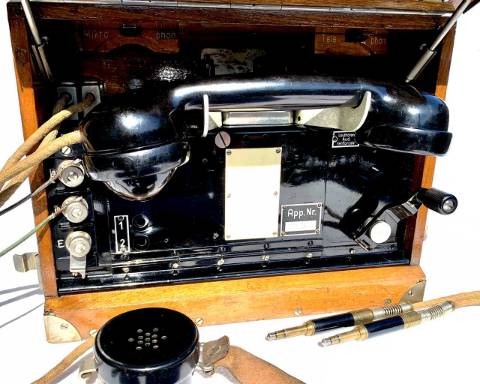 Very occasionally I have to produce a greek word in my TeX documents. The attached document helps me doing so with only Plain TeX, Silvio Levy's greek fonts derived from Computer Modern, and his greekmacros. It also lists the greek alphabet, the diphthongs that occur in greek, and the diacritical marks. I found the placement of diacritics on upper case letters awkward, but fortunately this can be hand-tuned (at the price of some effort). The attached document is in German, but at least the tables and examples should be of general use, and the TeX source will serve as an example. (April 2020)

The American Standard Code for Information Interchange (ASCII) is still useful and alive, not least as a subset of larger codes, such as the ISO 8859 series (8 bits per character) and UTF-8 (a multi-byte encoding of Unicode). Wikipedia has all the details and the history. Here is an ASCII chart. (May 2018)

A charset (character set) maps characters to numbers, and an encoding maps these numbers to one or more bytes. ASCII is both, the set of the characters shown above, and its obvious single-byte encoding (the highest bit of the byte remains zero). UTF-8 can encode all character code points of Unicode (more than a million) using one to four bytes as follows:

This encoding has the following useful properties: (1) the encoding sorts the same as the encoded code points, (2) the encoding introduces no extra null bytes, (3) ASCII is a subset, and (4) resynchronisation after an encoding error is always possible because leading bytes are always different from continuation bytes. All this means that classical functions like strcmp and even strstr work with UTF-8 as they did with ASCII strings. (Update April 2021)